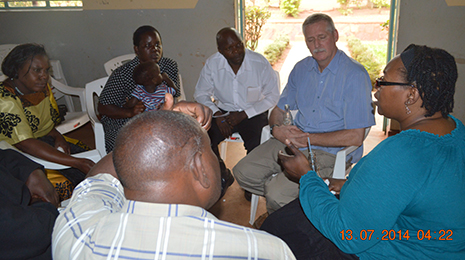 Jinja, Uganda– Today we spoke to members of the Holy Cross parish who have students in private schools near Jinja. It started out as a panel discussion in a large group, but approximately halfway through we broke into small groups. I spent most of the remaining time speaking to one mother and father about their child’s education.

The father I spoke to had many concerns about the state of education in Uganda and wanted them heard. His first comment to me was this: “If children cannot eat lunch they cannot learn. Without that, no change matters.” It wasn’t the first time our group faced this sobering realization, but it hit home coming from a father. There was nothing for me to say.

Hunger runs rampant in Uganda, but it is a reminder that thousands of children face hunger everyday in the United States as well. He was surprised to find out America isn’t as put together as media might have his country believe. It all comes down to money he told me. 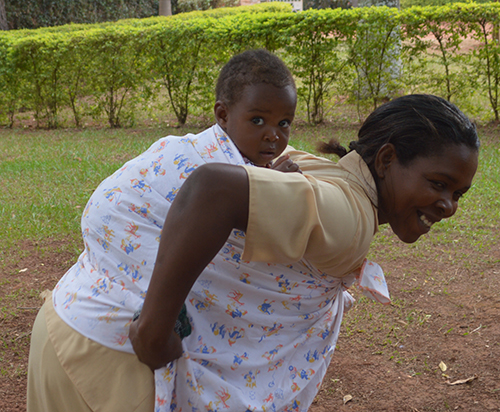 Our conversation consistently returned to funding, or rather lack of funding. At a governmental level there is a lack of monetary support for education in Uganda. At the personal level, families struggle to put food on the table let alone pay for private school tuition fees. Yet consistently we are told that public education is not an option. Parents believe their students deserve better.

I contrast the seemingly hopeless theme of money with the palpable energy I’ve experienced in Ugandan classrooms. At Holy Cross primary school I observed a teacher put everything she had into a lesson about identifying types of foods. She kept the students engaged and on task through firm discipline.

Moments later the class erupted in laughter from one of her comments. Joan developed a rapport with her students that made her genuine interest in their well being and learning evident. She was committed to their education and, even as primary students, they too recognized its importance. Amidst bleak conversations of money I find hope for education, American and Ugandan, in the passion for teaching and learning I witness everyday.