Masindi, Uganda– Today was a travel day. We left St. Augustine’s Institute in Kampala early and began the trip to Masindi. No one was looking forward to the four hour bus ride; thankfully the plan was to break it up by a stop at the Ziwa Rhino Sanctuary.

White rhinos were declared extinct in Uganda by 1983, but today our group was lucky enough to see eight of the 14 rhinos living in the Ziwa sanctuary. I never thought I’d stand 50 yards away from a group of four. Three adults and their young played with the leaves of a tree barely taller than their shoulders while we watched from a short distance. The older rhino pushed the young into the leaves, seemingly enjoying the rustling sound that resulted. The young rhino didn’t protest. This was all in good fun. 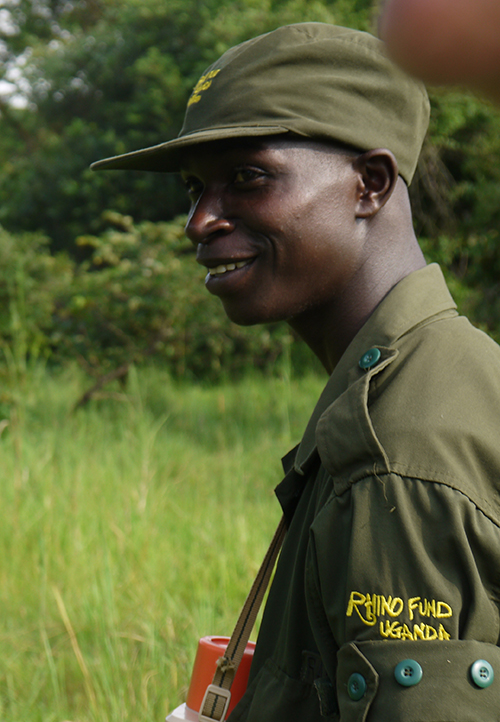 Nature is a powerful thing. It is rejuvenating to be outside, to watch the sunset on the savanna to the rumble of thunder. Even after learning of our group’s visit to Ziwa, I hadn’t expected I would stand a short distance away from these wild animals. I didn’t expect to see most of the rhinos living on the 70,000-acre sanctuary. But we did.

I think being surrounded by nature can often heal anxieties, discomforts and displeasures better than medicine or doctors. Today was therapy for me and I heard a few of my colleagues agree. Some of us left the sanctuary with scratched and irritated legs. Most of us left a little tired. But we finally got the opportunity to stretch our legs, see African wildlife and appreciate a tiny sliver of the “Pearl of Africa’s” landscape. I am grateful for and humbled by the awesome beauty of Uganda.

One thought on “Seeing Rhinos”